Customized Retreats for Team-Building and Leadership

"The world will little note nor long remember what we say here, but it must never forget what they did here."

Perhaps nowhere else in our American Civil War were there demonstrated such profound acts of leadership, courage, teamwork, self-sacrifice, faithfulness, obedience and commitment than at Gettysburg. The men, both North and South who fought there, along with the civilian men and women who lived through it, left behind a legacy for us to learn from and emulate. The character traits demonstrated by the soldiers and civilians of Gettysburg teach us lessons for today: lessons to be applied in business, in our homes and in our churches. The decisions these men and women made in the face of hunger, stress, danger and exhaustion are challenging examples for us today.

Every year, people from all around the world come to Gettysburg, Pennsylvania as their vacation destination. They come to see the place where America hung in the balance: where the outcome of these three days in 1863 impacted the future of this country as well as their own. Some of those visitors may drive the roads while others walk the fields. However one tours Gettysburg, most are moved to consider what was done there, the price of freedom and how courageous men and women pressed through one of the greatest crises in this nation's history. 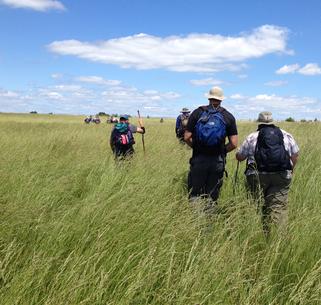 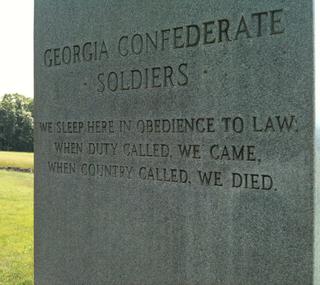 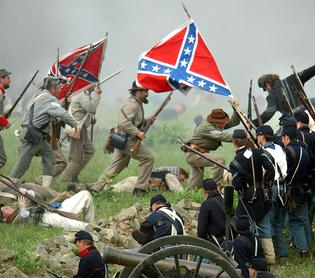 By the summer of 1863, the American Civil War was in its third year. The country was hemorrhaging as shortages of food, and the 500,000 casualties were taking their toll. Riots were breaking out over emancipation, many in the North were calling for the Confederacy to be given its freedom and President Lincoln was hated and mocked by many in his own party. On top of this, Robert E. Lee had taken over the Confederate army in the east and had beaten and embarrassed the Union army more than once. In May 1863, Lee defeated and humiliated the Union army in Virginia while being outnumbered almost 3-1.  Morale amongst the northern civilian population and army was at an all-time low while just the opposite was occurring in the South. The world was watching to see if the only democratically elected constitutional republic in the world could survive despite the war that was tearing it apart.

With such an atmosphere of confidence accompanied by his audacious and aggressive nature, in June, Robert E. Lee moved his Confederate army of 75,000 men out of Virginia and into the North in hopes of winning a major battle on Union soil. The Union army in the east, paralleled him and followed Lee north.

On July 1, 1863, the Union army of 95,000 men collided with Lee's army and for three days these 170,000 men butchered each other in the fields and town of Gettysburg Pennsylvania. When the fighting ended on July 3rd, upwards of 53,000 men were casualties of the battle. Blood pooled in fields and roads. Dead bodies and body parts were strewn over the fields where five days prior, wheat was close to being harvested. Homes, churches, barns and businesses were ransacked. Most of the water was either gone or tainted.  When the armies moved south on July 5th, the 2,400 inhabitants of Gettysburg were left to clean up their fields and town as well as to take care of the 26,000 wounded men, nearly 10,000 dead and 8,000 dead horses left behind. One example is Elizabeth Thorn, who, with her husband away at war and six months pregnant at the time of the battle, spent the month following the battle digging graves for the dead.

The largest land battle on North American soil had just taken place. One fifteen year old girl named Tillie Pierce wrote about the battle and described her hometown of Gettysburg as, "A strange and blighted land." Four months later President Lincoln traveled to Gettysburg to help dedicate the national cemetery for the Union dead. It was then that he made his "few appropriate remarks:" words that would define this country and become what many call, "American Scripture."